Article: The Effect of Insects on Seed Set of Ozark Chinquapin, Castanea ozarkensis 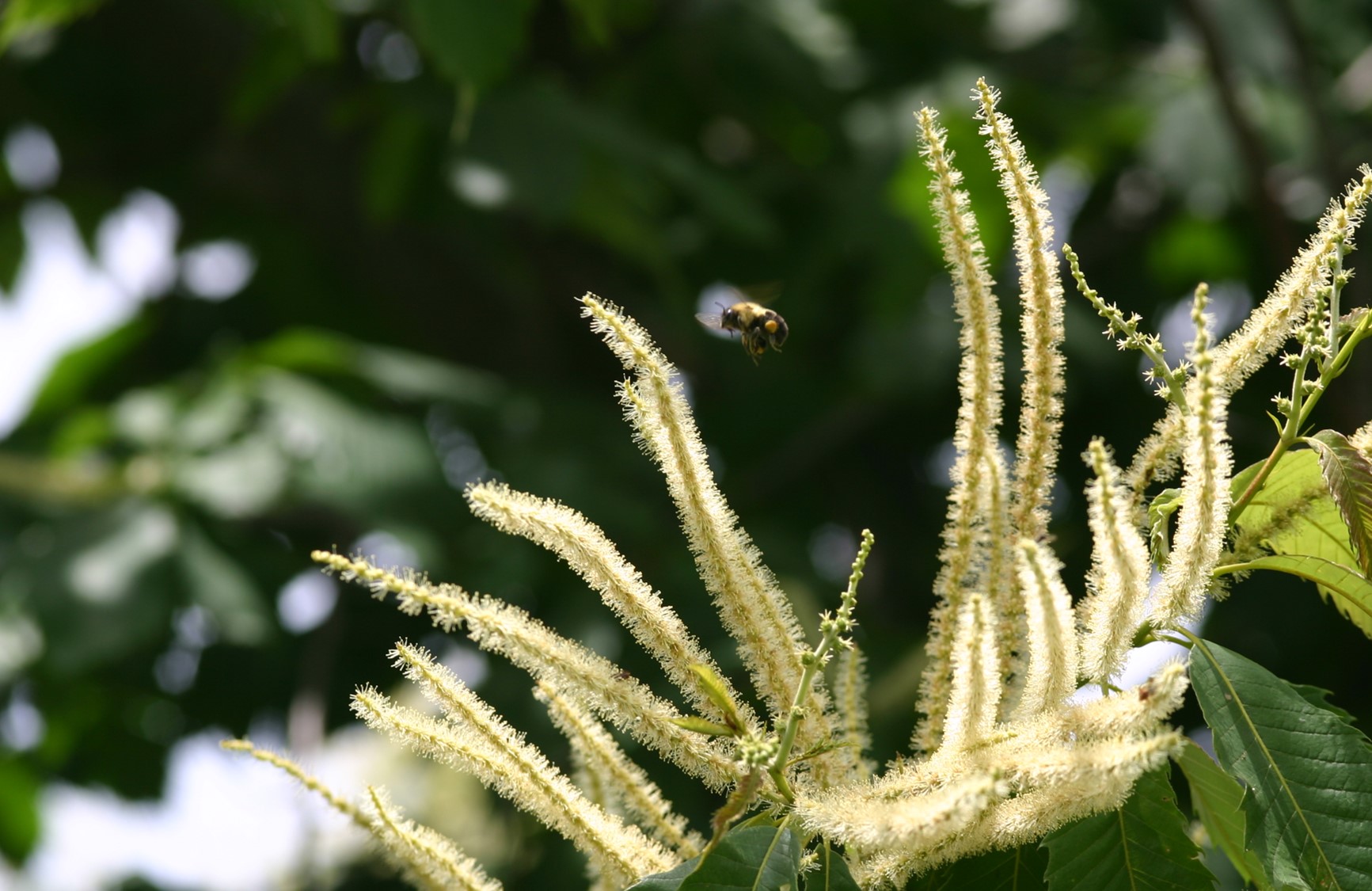 Ozark chinquapin (Castanea ozarkensis), once found throughout the Interior Highlands of the United States, has been decimated across much of its range due to accidental introduction of chestnut blight, Cryphonectria parasitica. Efforts have been made to conserve and restore C. ozarkensis, but success requires thorough knowledge of the reproductive biology of the species. Other Castanea species are reported to have characteristics of both wind and insect pollination, but pollination strategies of Ozark chinquapin are unknown. Experiments were conducted to determine the influence of insects on successful pollination of C. ozarkensis, as measured by production of burs and seeds. Exclosure treatments were applied to C. ozarkensis inflorescences during flowering, including exclusion of both insects and wind, exclusion of insects but allowing wind, and a control that excluded neither insects nor wind. Exposure to both wind and insects (no exclusion) resulted in a greater proportion of successfully pollinated flowers, greater numbers of burs and a significantly greater proportion of burs that produced seeds than both exclosure treatments. There were no differences between the treatments that excluded insects or both insects and wind. Pollination occurred in the absence of insects, demonstrating wind alone could pollinate flowers, but at levels far less than when flowers were exposed to both wind and insects. Limited surveys of nocturnal and diurnal insects present on Ozark chinquapin inflorescences yielded 122 species in 6 orders. The number of insect species recorded was much greater than the numbers reported in studies of other Castanea species. Insects were present on male flowers, foraging for nectar and pollen, and on female flowers. The combination of the presence of insects on flowers and the reduced pollination in the absence of insects indicate Ozark chinquapin to be an amphiphilic species. This better understanding of pollination strategies suggest that increasing pollinator presence could increase seed production, thus contributing to restoration practices for this functionally extinct species.