” The Ozark  chinquapin gave color to the Ozarks.   Sure the leaves, the blooms and the nuts all have their own unique hue, but I am talking about the gift of color to fibers.   Clothing fibers to be specific.  Ozark chinquapin was once used for dyeing cloth and yarn by Native Americans and European settlers “.

The Ozark Chinquapin gave color to the Ozarks.   Sure the leaves, the blooms and the nuts all have their own unique hue, but I am talking about the gift of color to fibers.   Clothing fibers to be specific.  Ozark chinquapin was once used for dyeing cloth and yarn by Native Americans and European settlers.  This is a documented fact, but you won’t find a lot written about this specific species as a dye source.  Following will be two articles:  One will be an attempt to collect and preserve the history of dye works with Ozark Chinquapin.  The other will be a record of my experiments on the matter.

The Ozark chinquapin has plenty of value in nut or wood value alone, but there is more worth knowing.  Perhaps as we learn more about the varied importance of a tree that is struggling to stay in the Ozarks it would move us to action.

There is proof that chinquapins were used to dye fabric, take this account from Dora Givens in an article written by her niece Leila for the Northwest Arkansas Times on June 26 of 1967. 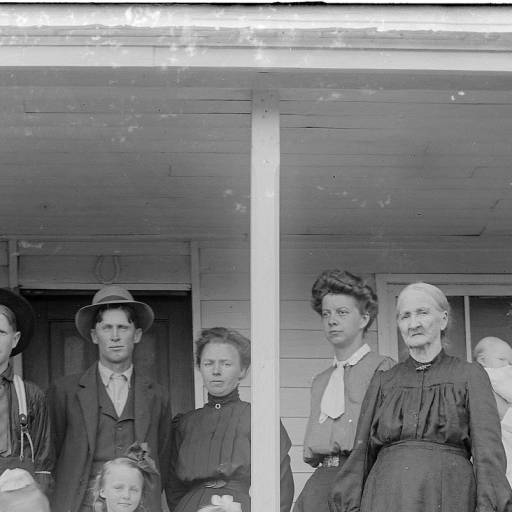 “Our mother was a very smart woman as well as resourceful.  She improvised ways of prettying up our dresses.  With the aid of chinky-pin bark (chinquapin) for dye, this drab cloth would turn to purple,” Dora conveyed to her niece.  She was recounting for Leila how clothing used to be when she was a child.

Dora indicated, “unbleached muslin was used for the making of many of our clothes, but who wants a drab ecru color dress?” Ecru was the name for the light beige color of the unbleached cotton cloth.  And she was right, no one would want a wardrobe full of beige clothes.  So, Dora recounted using hickory to create green, black walnut hulls or bark to generate a deep brown, and the Ozark chinquapin for purple.  Variety came thanks to plants that grew in the hills.

Dora Givens’ mother and many other Ozark dwellers used the Ozark chinquapin bark to dye cotton cloth and wool yarn.    I have found numerous references to chinquapin bark, leaves and burs containing lots of tannins.  Tannins are slightly acidic and are good for tanning leather.  They are also useful in dyeing fabric, in addition to aiding plant fiber cloth to hold their colors and resist fading.

According to Jenny Dean, author of the book Wild Color: The Complete Guide to Making and Using Natural Dyes, “Tannin is used to improve the absorption of alum and copper mordants it can also be used on its own as a natural plant mordant.”  In other words, cotton or linen cloth or thread would take colors well from tannin rich dye baths.  Wool and silk would require one of the other mordants like alum or copper.  In those cases, the tannins are providing color, and aiding the mordant bind the color to the animal fiber.

Dora Givens in her recollection did add one point of detail by saying, “The colors were set in the cloth with the aid of alum and salt.” That told me the mordants were important.  It may also be a clue as to what path to take in trying to achieve purple from the chinquapin.

The first time I ran across this historical use for the Ozark chinquapin bark was on a USDA/ U.S. Forest Service website indicating the chinquapin could be used to generate a red dye.  It also noted with other metallic mordants it was possible to achieve black, yellow or brown.  Little detail was attached.

In the book Native American Ethnobotany, author Daniel Moerman documented the Cherokee use of American chestnut bark (Castenea dentata) to make brown dye.  Moerman also noted medicinal uses for the Allegheny chinkapin (Castanea pumila) but nothing for dye use.   The Ozark chinquapin (Castanea ozarkensis) was likely considered a subspecies of the Allegheny chinkapin so no separation of uses was deemed necessary at the time of publication.  Unfortunately, there wasn’t much there to work with.

Wagoner Oklahoma’s newspaper The Record Democrat printed an article on basket making and natural dyes on August 29, 1935.  “The materials for basket making are close at hand for any farm woman.  In the Northeastern part of Oklahoma buckbrush\ runners are used most often, but splints {oak or hickory}, willow, honeysuckle corn husks, and cane are also used,” wrote the reporter.  Toward the end of the piece dyes were described, “Native Dyes are available.  The most popular dyes are puccoon root, chinquapin, walnut, maple, hickory, and sumac berries.“  Describing the use of trees the reporter indicated, “The inner bark is used.   Alum is used with hickory and maple and copperas is used with walnut and chinquapin.”  That was another welcome note for the modifier/mordant.

The USDA/US Forest Service website and the account provided by Dora Givens in the Arkansas paper are the only two references I know of that indicate what colors can result from using the Ozark chinquapin as a dye plant.  And the Oklahoma and Arkansas newspaper accounts are the only references I found that indicate which mordants were used.  Beyond that there really isn’t much out there to use as a reference.  Most sources said little beyond the bark was used for dye.  It occurred to me a lot of information was being lost about uses for native plants.  The Ozark chinquapin was simply pointing out a larger issue to me.

So, I dove a little deeper into natural dye books. I found reinforcing accounts that the American chestnut yielded a brown color but nothing else on Ozark chinquapins.

It was interesting that the Ozark chinquapin’ use as a dye source was so poorly documented.   Some older text on natural dye would list specific formulas for getting color from certain items.  But only a few in the past century mention American chestnut and none mention Allegheny or Ozark chinquapin.

The scanty information is partially to do with the Chinese chestnut blight (Cryphonectria parasitica) and how it decimated the three native chestnut relatives in North America.  Many residents of the Ozarks have never heard of a “chinkeypin” much less of its many uses.  The tree is remembered by our greatest generation from World War II and some baby boomers.  The rest of us are learning as we go.  So, anyone interested in natural dyes would have little opportunity to work with the “chestnut” of the Ozarks.

The blight can’t take all of the blame.  Add to that a lot of folk knowledge from Ozark residents was not faithfully recorded because it was considered backwards by other more learned sources.  We have also lost a lot of Native American knowledge about plant uses.  Today, many tribes have recorded all they can and will admit they have enormous gaps due to lost knowledge.

In my next article I will chronicle my dye making experiments with the Ozark chinquapin bark.  I love history and digging into old obscure documents to find information is fun.  But I also like to get my hands dirty in a little good old-fashioned experimentation!